A whole lot of truth in this video. This humorous format has been overused but this video tells some hard truths. In the video below this is Justine “castro” Trudeau learning of the truckers converging on the Canadian capital in Ottawa. This is January 30, 2022. Let’s see how the truckers and all those supporting them do in Canada. Do they Free Canada? Is Justin banished?


Hard Truths
How many People already know all this and how many are just realizing this is the world we live in? It seems that 30-40% of the population still doesn’t realize we are in a war against a Globalist Elite cabal who is evil-as-shit and hell bent on culling the population and enslaving the survivors. Is that too hard for many people to realize? The CV19 VAXX is a bio-weapon. A poison.

The financial incentives to stoke fear and to harm people by using damaging and killing protocols in hospitals have existed since early 2020. Go to the <13:00> minute mark of the video below and listen to and see those incentives explained. If this is all new to you, start at the <1:30> mark and watch all of the video. There have been hundreds – if not thousands – of videos from many experts over the past two years warning of the harm and death to come from the CV19 VAXX roll-out. YouTube and other mainstream media outlets censored that information aggressively.

Many of the doctors and medical experts who have tried to warn the public have been viciously attacked by the media and the administrative agencies in medicine. Trillions of dollars have been used to control the information in this war we are all in. Powerful forces have pressed beyond all reason to force CV19 VAXXes on the People. Going after the children – who are at no risk from CV19 – is particularly heinous. Such is the War we are in. It is brutal and merciless. 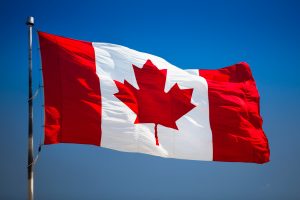