Most of the US citizenry lives in one of the States that is governed as a Constitutional Republic. Those who live in DC and the US territories live in a democracy. The difference matters. A joke by example: A democracy is where in a group of 2 wolves and a sheep the wolves vote to eat the sheep: no protection for the sheep/weak/disfavored. In a Constitutional Republic there are certain inalienable rights which cannot be eliminated easily by mob rule: such as the right to life and liberty.

The Legislature controls DC and the territories… those areas are governed by that body as a democracy of the Legislature. Read Article 1, Section 8, Clause 17 of the US Constitution.

Three areas of the world are carved-out from the nations they reside within:

These three areas are not ruled over the same way as the countries they are within. 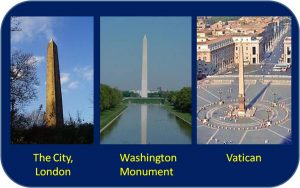 Do you know what those obelisks represent? Read about them>

Here is the flag for the “Three City Empire” or  “The Empire of The City“. 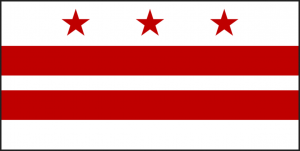 What is “The United States“… a couple reads to help you understand what that corporate entity is:

THE UNITED STATES BECAME A FOREIGN CORPORATION IN 1871

The United States is a Corporation

Read the Secrets of the Federal Reserve

If you can read and absorb this information and what it means, then you will better understand the WAR We Are In these past couple of years.

Trillions of Dollars were pulled out of the US starting in the late 1990’s. Read about the Missing Money.  Wars are expensive.  That “missing money” was used to fund very nasty biological warfare and a propaganda war. You have been living through that war since early 2020.

There is a war being waged against the majority of humanity. Covid 19 was the excuse to deliver DNA alternating injections that have severely harmed and killed millions. Causalities of war. Causalities of lies and propaganda delivered by a controlled media and corrupted medicine.

If you do not yet understand we are in a Global War and the VAXX is a weapon being deployed in that WAR you need to learn more about our world and who is in control… or has been in control for ages. All that is changing now. But there is a WAR raging as that change occurs.

As this war rages on in the USA, there may well come a time when Amendment 10 of the US Constitution is asserted with vigor as the various States define and defend themselves and the protected liberties of their citizens.

Truth for Health Learn how the US Military has been attacked in this WAR, and much more.

There always have been inexpensive, very effective treatments for CV19 that were blocked and withheld from the Public. Read about one such very effective, inexpensive drug here. Use of that – and other cheap, safe and effective drugs- was blocked early on by Dr Fauci, some State governors and many health agencies in the USA and by other countries around the world. Why? Do you understand you are now living through a WAR that is targeting tens of millions of the little People for elimination? The VAXX is a weapon in that war. Getting it into as many People as possible was – and still is – the plan.

The Covid-19 event is no joke — rather a psychopathic mass murder. Read the article>>